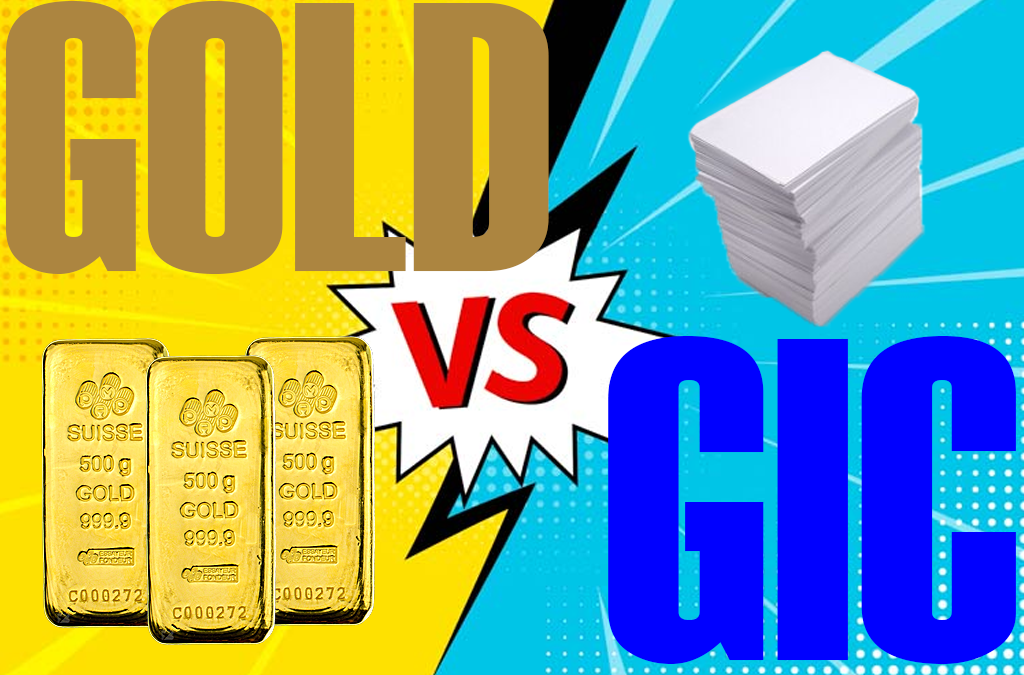 We recently had a client sell their entire gold position. After the sale the client remarked that he would have done just as well to hold a guaranteed investment certificate (GIC) than to own physical gold. Was that true? It seemed like a great opportunity to look deeper at the comparison between GICs and gold to benefit those considering holding gold as a store of wealth.

On the surface these are two very contrasting investments. Here are 5 reasons to buy GICs according to ratehub.ca compared with gold.

Let’s look at the first 2 reasons to buy a GIC as cited above. For the conservative investor guaranteed principle is certainly attractive. This means that if you invest $10,000 for 3 years you will get back your $10,000. The interest is also guaranteed. So, with the average 3-year interest on GICs is around 2.65% an investor would receive $265 in interest for a grand total of $10,265. The question is will $10,265 have the same purchasing power in 3 years? If we assume the Bank of Canada’s inflation target of 2% per year the purchasing power of the $10,265 minus 6% would be equivalent to $9,650. If the rate is closer to 5% inflation the actual purchasing power of the $8,725. So, it certainly appears that the biggest issue with GICs is the lack of consideration for inflation.

Exacerbating the issue of keeping up with inflation is the increasing global shift toward negative rates. Below is a Negative Bond Yield chart tracked by Charlie Bilello, CMT which demonstrates the trend of negative interest rates. One must wonder if GICs are really going to provide security and the guarantee of capital when the interest is near zero or worse, negative. 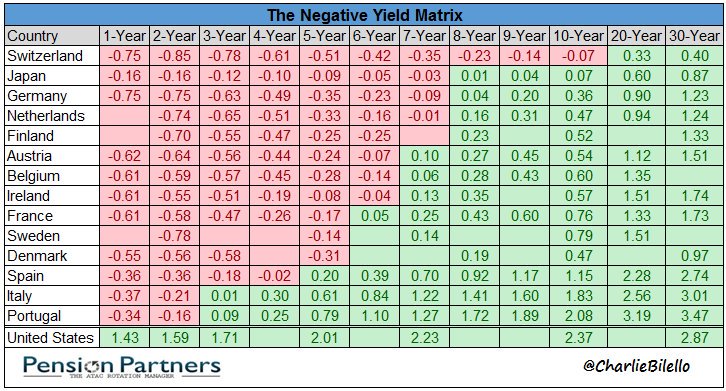 On the surface, gold by comparison does not provide what GICs do.  Mainly that there is no guarantee of return of capital, no guarantee of interest, and certainly no fixed income. Of course, gold is also not an investment. It is money. Fundamentally it is nothing more than a liquid store of wealth. As such, it does have a solid track record as an inflation hedge. The concept of an inflation hedge could be an article all on its own, so we will avoid details on this point here. Suffice to say, simply view the chart below of the gold price performance in a variety of currencies and decide for yourself if gold over the last decade and a half has protected capital.  GIC advocates could cherry pick prices and dates to extrapolate that gold does not always outperform GICs. To which the GIC advocates would also be ignoring any consideration of precious metals management. 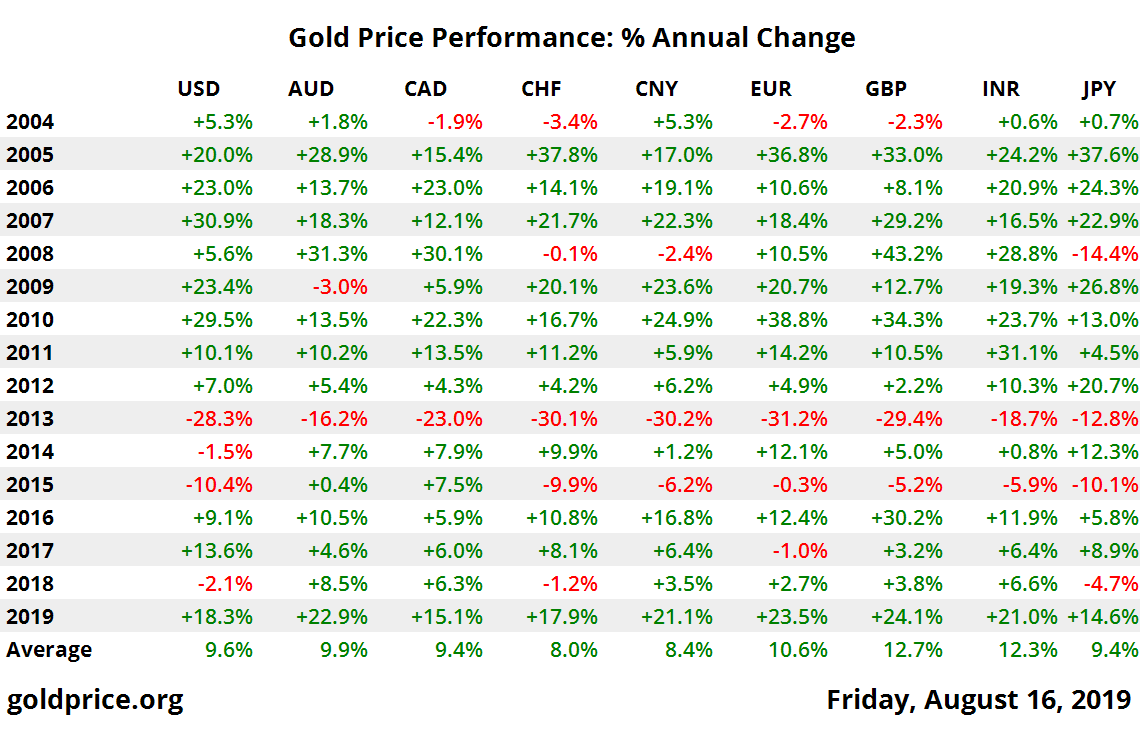 There are two critical concepts that can be observed by comparing GICs and gold. It really comes down to GICs offering a “guarantee” and gold having a cost. Investments carrying the term “guarantee” can be attractive to conservative investors, but upon closer inspection they are not guaranteeing a return of inflation adjusted capital. The second issue is that while physical gold ownership incurs costs it does not negate gold’s ability to maintain purchasing power. In this sense Gold is considered a safe haven and acts more like portfolio insurance, where as GICs are considered conservative investments with investors trading in returns for deficient guarantees.

Returning to the client who recently sold. I decided to test his theory that gold was inferior to GICS. During the three-and-a-half-year period, the client netted 6.5% while a 3-year GIC would net approximately 2.75%. The gain on gold could have been even higher had the client purchased at lower point in 2016 or waited for higher gold prices to lift his yearly average.  The client could have even maintained a small portion of the gold holdings which would have accomplished two things; further bringing down the cost of business and continue reaping the benefits of gold’s long-term uptrend.

Is the long-term up trend in gold set to continue? Most likely. Given the general downtrend of currencies and interest rates, gold’s price performance seems set to continue higher. Frank Holmes is a contributor to Forbes and one of many financial journalists who see negative yield and a weak US dollar as positive for gold. As negative rates remove the opportunity cost to hold gold it could have GIC investors second guessing if anything dollar related is not really guaranteed.