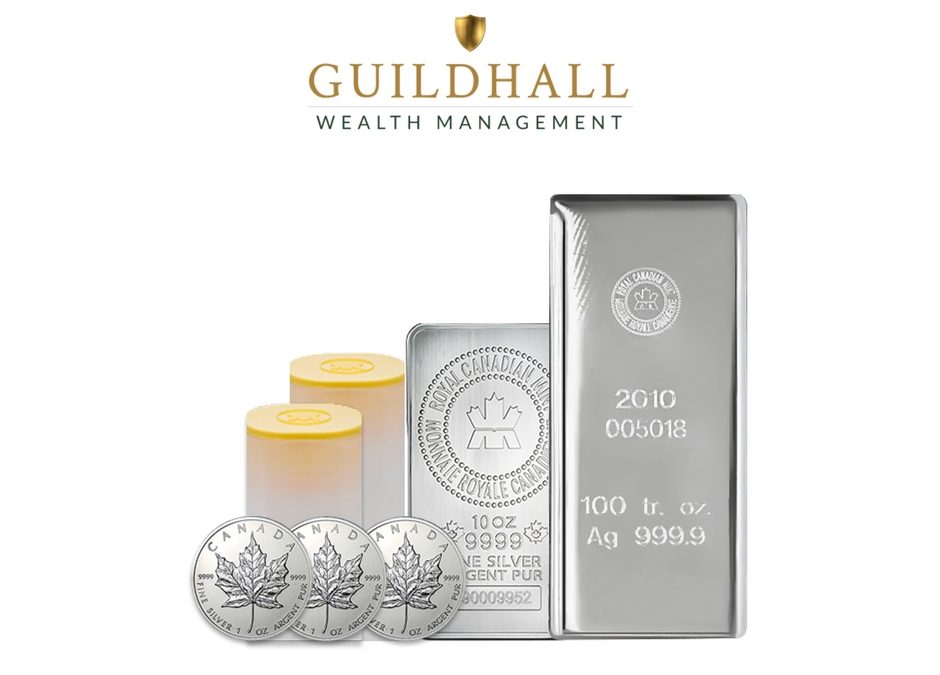 I have never been one to stick to the status quo. In fact the very precipice of what I do on a daily basis pegs me as the great confederate of optimism and the contrarian approach to everyday rationale and investing. No more could this be the case then in the example of Silver Bullion investing.

Silver has been in a bear market (within a secular bull market) for some time now, being down an dreadful 1.4% this year to date and a whopping 67.5% from the peak it reached in 2011.

This has been discomforting to the growing number of silver investors in the Western world. (To meet booming demand, silver coin production has surged at the world’s mints and global holdings in exchange-traded products remain not far off their record highs.) 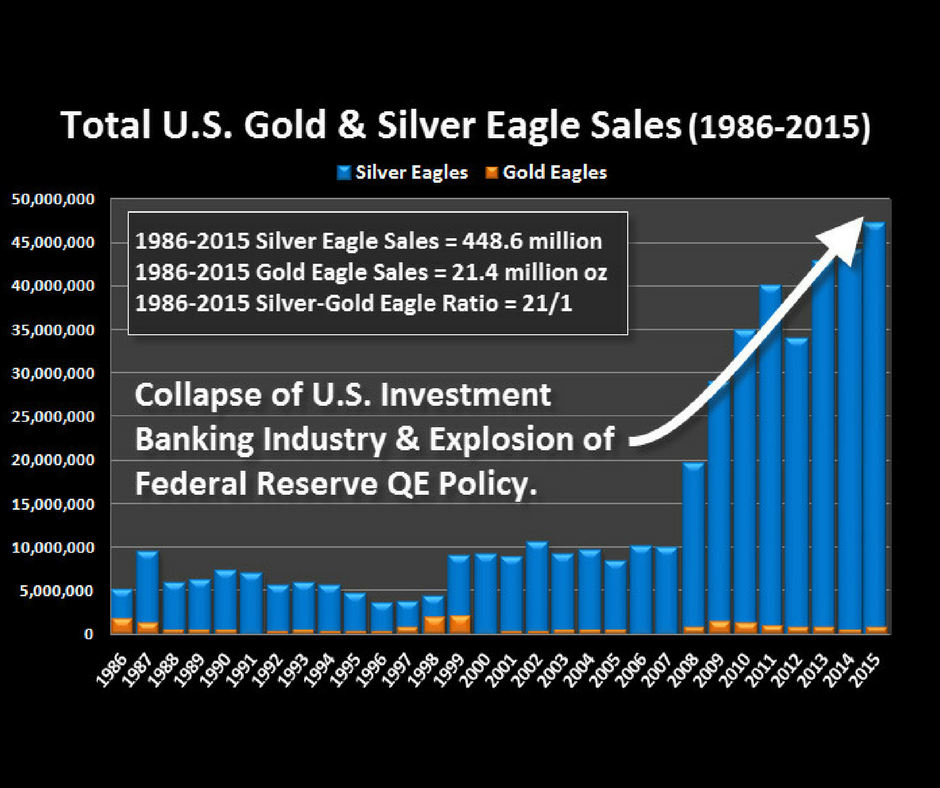 Understandably, each person needs to make his or her own financial decisions. In my view, the answer remains yes. Gold and silver appear to be in the process of finding a bottom; however, the price action could continue to be choppy in the coming weeks. Ultimately, we expect both precious metals to move much higher in the long term, with the potential for silver to outperform, as was the case from 2008-11.

With the US dollar having recovered strength this year and last and an improving stock market (if only by diluted and nefarious paper prices alone), you may be struggling to find merit in your decision to either continue to hold or to even venture into the silver market at this point in time.

Even if the correction were to get closer to the 44% crash seen in the mid-1970s we would still expect the bullish trend to remain intact. Whether we are seeing a pattern more like 2008 or the 1970s, this does not look like the beginning of a bear market in gold; rather, this should simply be another correction in the upward trend. Should gold find its bottom shortly the next leg up could reach $3,500 by 2019.

Likewise with Gold being the leader in the majority of each of the 4 major peaks we have experienced, silver has been the metal with the best overall performance during those same periods.

The real drivers of the metals markets are still intact… global banking stress, high sovereign debt, the creeping possibility of another US-Euro crisis, geo-political instability and long term inflation. All will remain long-term drivers of higher gold and silver. However, let me zero in on silver for a moment with a few reasons that I believe are not being shared frequently enough with the mainstream. Silver is a leading hard asset for inflationary times. Brother metals gold and silver often outperform other hard assets during periods of significant monetary expansion (gold surged over 2,300 percent in the 1970s, while silver managed to surge over 2400 percent during the same period) because they have a relatively small fixed supply, are non-perishable, liquid (as investments), easily storable, and historically recognized as alternatives to government-issued cash throughout the entire world.

Over the last decade, a time of dramatic monetary experimentation, silver has outperformed most hard assets (real estate, commodities– even gold) by a wide margin, not to mention the stock and bond markets. It also surged during the inflationary 1960s and 1970s. However, all hard assets (houses, commodities, precious metals) have investment trade-offs, and silver’s risks are important to consider.

The gold-silver ratio, a 3,000-year- old exchange rate, is out of historical balance. While gold is 8 times scarcer than silver (in terms of total ounces produced annually), its price is more than 76 times higher than silver’s. For 3,000 years in which the exchange rate could be observed, gold was between 9 to 21 times more expensive, making today’s level historically extreme. No further do we have to look than the peak of the last great bull market of the 1970’s in which by the end of the era the ratio was close to its historic norm at 16:1. (Gold was $850 Oz while silver sat at approximately $52 Oz.)

Now that many of the factors distorting the ratio have disappeared, it seems logical that the market exchange rate between the two should begin to approximate the difference in scarcity of each metal, which points to silver being significantly undervalued at this point in time.

Like gold, silver is essentially the antithesis of bonds and stocks– meaning it’s one of the few investment vehicles allowing a person to entirely remove wealth from the financial system. Traditional financial assets represent claims on other entities. To preserve their value, bonds require that a government or company make interest and principal payments; stocks require dividend payments and/or that management deliver on earnings expectations; derivatives of many kinds can require financial faith at multiple levels; and ultimately, the financial system itself relies on trust that world economic leaders will keep markets functioning properly by meeting their ever-expanding financial commitments. Gold and silver, inert metals recognized for thousands of years as stores of wealth whose nature cannot be altered by human error, have value outside the financial system.

Rising global shortage of safe assets that are not a liability to others-According to the International Monetary Fund, of the world’s potentially safe investment assets, 89 percent are bonds of some kind. To put that into perspective that means that 89 percent are relying on someone else’s debt. For those believing that ultimate financial safety should not involve lending money to a company or government (buying a bond), there is only gold and silver, the other 11 percent.

But given the scarcity of gold and other hard assets that are not economically sensitive (as real estate and major commodities are), silver is increasingly being regarded as a viable alternative to gold, which it was for most of human civilization.

Silver is a growing investment asset in Asia-Demand in various parts of Asia has remained strong over thousands of years. Throughout Asia, but mostly in populous India and China, silver, like gold, is a key investment asset worn and stored as a wealth instrument by a growing percentage of the population. Every year, generally late in the summer and into the fall, the silver and gold markets are deeply influenced by a major financial event referred to as the “Indian wedding.

Season”, which draws a substantial portion of the world’s precious metals as part of an enduring millennial tradition. This is “cultural” and its meaningful to the extent that in order to change the mentality of the buyer you would have to change the culture. Something that is not likely to happen.

Silver, both a precious and industrial metal, is a metal impacted by global technological expansion. Silver was once highly dependent on the film and photography industry, which collapsed into insignificance with the rise of the digital camera, a major reason for the metal’s weak price in the 1990s. Today silver’s industrial demand is driven by brazing alloys and solders, growing electronics demand in smart phones, tablets, TV’s and increasingly by new applications like silk-screened circuit paths and radio frequency ID tags, clothing, and bandages, as well as photovoltaics (solar panels) and new medical applications: silver is both biocidal and highly conductive and it is used now in many third world countries for water purification.

In spite of present market conditions, these few points may help you as a reader to understand, beyond the headlines, the true intrinsic and some would argue inelastic nature and growing value of this precious and industrial metal that distinguishes itself from other investment options due to its inelasticity.

If you believe–as I do–that the world’s monetary authorities will never allow deflation to take hold and that the odds of inflation climbing to some degree in the years ahead are significant, it makes sense to own some silver to diversify your investment portfolio. (The right percentage to hold is something you should carefully consider with an investment advisor.) Timing any investment correctly is always a challenge, but silver’s price has fallen significantly in the last 5 years and is beginning to show tentative signs of a new meteoric rise as the world awakes to the reality of fewer ounces above ground then gold. Perhaps the worst has passed or silver.

Yours to the penny,

Connect with our Linkedin Group