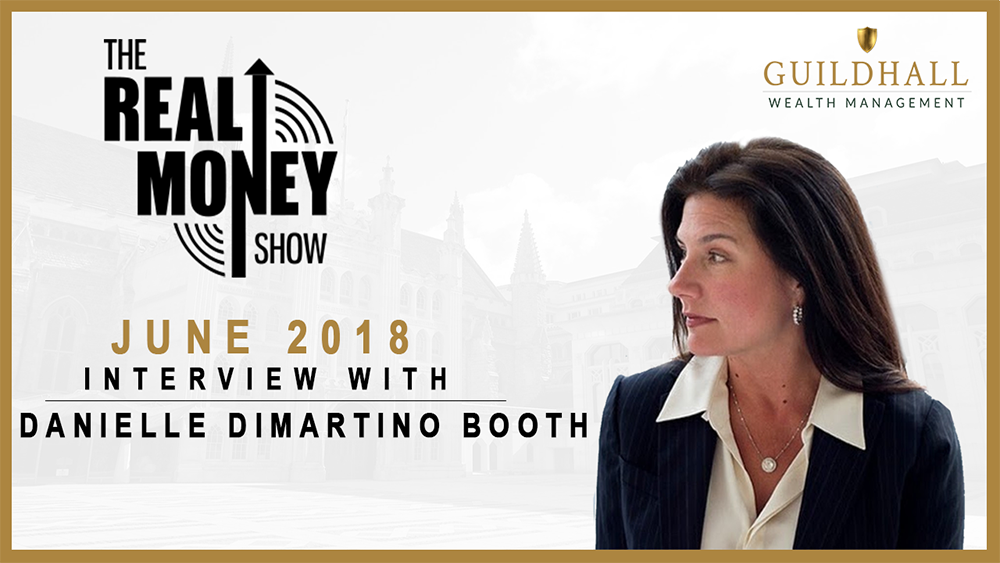 Author of Fed Up: An Insider’s Take on Why the Federal Reserve is Bad for America.
She was a former advisor to Richard Fischer of the Dallas Fed, worked on Wall Street, and is a regular contributor and commentator for Bloomberg and other major news outlets. She is the president and founder of Money Strong and has just launched The Daily Feather.

From the standpoint of the economy it would appear that we are in the comfort zone. However when we examine more closely Headlines vs. Reality we find that investors should start to consider a defensive stance with regards to their wealth.

As we talk with Danielle DiMartino Booth we find out that low interest rates have caused a stress to build up in the housing space. That being “House Poor” has become the standard, but that doesn’t mean it’s normal. Dimartino Booth asserts that Bernanke came from the Greenspan school of thought which was that it’s not the FED’s job to really prevent bubbles, but to assist only after the bubble has burst. She also believes that the fed will have a tough time raising rates an additional three times as Powell hopes and while the FED is concerned about the risks in the system the animal spirit on Wall Street has yet to be extinguished.

One of the strongest indicators of a coming recession is an inverting yield curve. This is when interest rates on short term bonds become larger than longer term. This is a clear indicator for DIMartino Booth, but she is also looking at several new data sets like the index of people’s expectations of income growth (which has turned lower) and hiring index which tracks hiring announcements (which have decreased by half in the last year).

Listen to the Full Interview Here