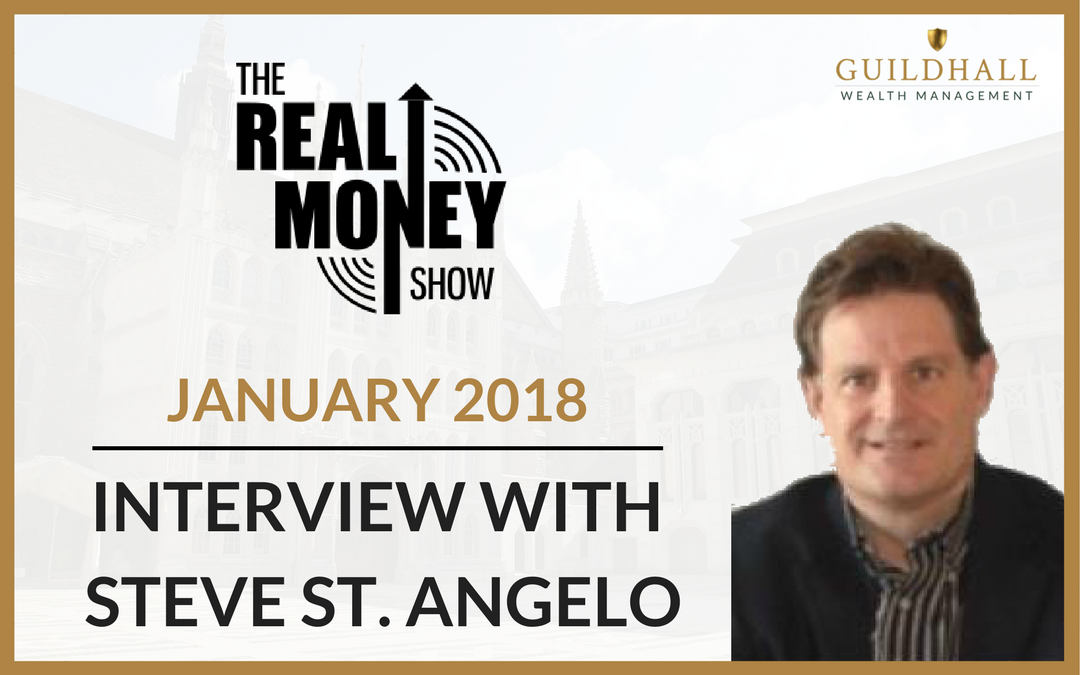 Steve St. Angelo of the SRSroccoreport introduces the concept of Energy Return on Investment. It dictates that any organism, company, organization, and even empires must get more in return for their output. St. Angelo gives the example that when the Roman Empire could no longer grow it began to collapse. Debasing its currency was one way to hide this contraction. The concept of Energy Return on Investment was once an innate relationship, but today the Fed this understanding is manipulated by the creation of debt, an instrument not available to the Romans. Another modern example is falling oil output. It takes much more energy to create a barrel of oil than even 100 years ago.

Regarding the energy sector St. Angelo points out by example that in 2007 Continental Resources had 165 million in debt and paid approximately 13 million a year to service it. Today their debt is over 6.6 billion and they pay over 300 million annually on interest payments. Many shale companies are essentially enticing investors with yield and using investor capital to pay off outstanding debt. A huge debt wall is coming due and by 2022 it will be these companies will owe 220 billion dollars. This is the definition of a ponzi scheme. St. Angelo sees oil prices due to fall however as there are a record number of commercial shorts positions in the oil market. This could be deflationary, and lead to a disintegration of the shale industry.

St. Angelo believes market correction is coming and when it happens expect to see deflation of stocks bonds and real estate as they get there value by burning future energy. For example price to earnings ratios are based on earnings in the future. When energy production starts falling bonds, stocks and real estate will no longer grow and their values will fall with it. Gold and Silver get their value from burning energy in the past. Once the bar or coin is produced, it is economic store of value.

Can gold and silver ETFs provide any insight into the precious metals market? St. Angelo does believe that supply and demand affect price. They are not recommended as investments but can be used as a good indicator. Gold has increased since the bottom in 2013 with its current holdings at roughly 90 million ounces, which is about 15 million off the peak in 2002 of 105 million ounces. In 2012 there were 900 million ounces held in ETFs, today it’s roughly 1 billion. So there is a trend of investors moving more into silver than gold. There have been two quarters that have seen record inflows into gold ETFs; 1 was in 2016 when the Dow fell 10%, there were 350 tons of gold flowing into ETFs, and the other was the first quarter of 2009, 465 tons of gold flew into the ETFs at that time as markets were selling off. So if fear trade produced 350 tons of gold flows into ETFs on a 2000 point correction of the Dow, what happens when the current market sells off?

Turning to energy as it relates to crypto-currencies, St. Angelo has updated his research and found that as of November 2017 bitcoin was consuming 11.2 terawatts. Paraguay consumes 11 terawatts a year. As the complexity continues to increase that they could consume more energy than Norway. His estimation is that a bitcoin costs over $3000 versus gold where the break even is $1,250. It takes 10 barrels of oil to produce a bit coin and 1.4 to produce an ounce of gold. Do we really need a currency that consumes a serious amount of energy? Consider the failing US infrastructure as a reality being ignored by the investors in the technology.

In closing Steve St. Angelo wants listeners and reader to think about how will energy impact things in the future. Corporations and large government become problematic as energy return on investment continues to fall. There is not enough real store of wealth like gold and silver to go around.